There's a middle-aged guy, living in one of the apartments in the building across the street from me, who hangs out his futon between 7 - 8 am and then bangs the sh@*t out of them with one of those stupid plastic slapping devices. Honestly, I want to take it from him and slap him with it instead. Of course, I'll end up doing nothing of the sort, but I find this futon-slapping at that time so annoying and noisy and am astonished that he continues to do it despite his noise echoing down the whole street and him being the only person on the street to do so (at least at that sort of time). If he was in my building I might stick a note through his door or something, but I'm not sure about the protocol of doing that when the culprit is in a different building. I'm also wondering if the 7 - 8 am slot for futon-slapping is a perfectly acceptable one and actually it's me that needs the attitude adjustment. Thoughts? 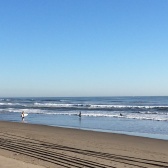 Traveler, surfer, and scribe. Based in Tokyo for six years.

I was hoping to open a discussion on mental health. I know a lot of people silently struggle with loneliness and even depression. How do you deal? And how can you reach out to others here in Japan? I've recently developed a passion for this and I'm looking for ways that I can contribute. I've done a bit of research and so far found "TELL (Tokyo English Lifeline)". Please feel free to share information and your own thoughts regarding this issue.

Hi! I am new to this page. I have concerns that relate to my work. I have been working for five years in Japan under an agency and we are not granted a paid leave ever since. We are not aware of that because as first timers, we are told that we don’t have one. Recently, last 2019 we are granted a paid leave. Since we haven’t used it for one year, we’re given a 23 days. We we’re just informed last january 2019 so we took the chance to use it. Unfortunately, it was rejected because we applied the leave since we are planning for a vacation in my home country which was on the first week of May. So, we sent again a new form changing it by staggering it from february to april as advised. but then it was rejected again. My question is can I still get my unused paid leave after returning from my home? Since, it was our first time and I we felt fooled can I file a case against them? Thank you and Godbless

Hello! I have started job hunting for a non-English teaching job. I want to know if any of you guys have tips or advice? (For example: tips on finding open positions, tips for the interview, etc...) (I got N2 a year ago)

I would love to hear about the places you plan to get fukubukuro from this year! I usually go for places like Kaldi Coffee Farm and Lupicia for tea and coffee to consume...but I'm always down to hear some suggestions!